When I was a little girl growing up in Small Town, Kentucky, life was like a perfectly formed puzzle.  Not that life was perfect, of course, but all the pieces fit together as they should.  Each piece was unique and fit into one specific spot within the full puzzle.  We had four clear-cut seasons:  winter was cold with bare trees, spring introduced warm sunshine with a vibrant blast of color, summer was hot and involved a lawn that continuously needed mowing, and fall provided cooler temperatures along with fireworks of colors through the leaves before they slowly fluttered to the ground.  Kids went to school and parents went to work.  People only died when they were really old or had been sick a long time.

I wish it was still that way.

A couple weeks ago as I was checking Facebook, I noticed comments that some friends had written on a mutual friend’s wall.  They were condolence-type remarks, stating things such as, “Don’t know what to say.  Just want you to know how devastated I am for you” and, “Just found out and praying for you and the kids, my friend.  We are so terribly sorry.” As I read through some of the dozens of other comments that had been written on her wall over the previous hour, it became suddenly – and shockingly – clear that her husband had passed away.  But…what?!  WHAT?!  That’s not possible!  He’s only 51.  He hasn’t been sick.  He has two teenage children who still need a dad.  This is not a piece that fits in the puzzle!!

I spent the next several days in shock and chaos.  I canceled all plans for the next week and contacted grandparents about keeping Drama Queen and Mr. BANG.  They couldn’t say yes or no until I knew a specific date.  Since I now live 600 miles away, I had to rely on friends to pass on the funeral information as soon as it was announced.  The Brain had to wait until the last minute before deciding if he could go, based on work situations.

A week later, I left The Brain, Drama Queen, and Mr. BANG at home, along with my mother-in-law, and took off on a solo road trip.  The surrealism of the week just continued.  Due to some potentially hazardous car issues, I spent a night in a hotel.  The next morning, I opened my window to heavy snowfall and a solid covering of snow blending everything together.  Mind you, this was a couple days before Halloween.  It was still October.  In Virginia.  Snow in October in Virginia is not a piece that fits in the puzzle. 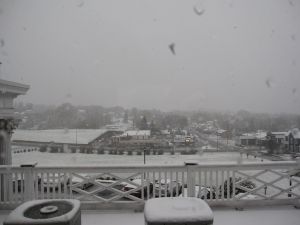 Driving through snow in a car that potentially had issues (an AutoZone employee had said the battery and alternator were fine, but I was still concerned), I pulled into the church parking lot just five minutes late for the 1:00 funeral service.

His funeral fit him perfectly.  This was no small funeral service with weak organ music in a dimly-lit, strange-smelling funeral home.  This was a funeral service in a packed-out church with three full bands that Scott played in:  a Messianic Jewish band (complete with circle dancers), our church band, and his old band from his college days.  I have never before been to a funeral which included songs by both Matt Redmond and The Who.

One song was performed as Scott’s personal testimony, a song which The Brain actually had introduced him to when they were working together.

I have stolen, cheated, I have lied/ I am prideful and unqualified/ I am broken when I realize/ It’s God’s grace, God’s grace that covers me

It was a beautiful ceremony with laughter, tears, both funny and touching stories about Scott through the years, great music, and even some dancing.  (I think one lady actually thought she was at a The Who concert for a few minutes.)  But it shouldn’t have happened.  There shouldn’t have been any funeral service for Scott.  Not for decades.  That doesn’t fit in my puzzle.

Leaving the church two hours later, I couldn’t help but be struck by the peaceful white snowflakes falling against the flaming fall leaves.  Snow isn’t supposed to fall while leaves are still on trees.  People aren’t supposed to die when they’re still healthy and fairly young. 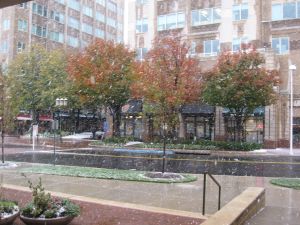 I’m back home in Tennessee now.  I’m sitting on my glider rocker with my computer in my lap.  Mr. BANG is peacefully napping while Drama Queen rather noisily is having “rest time” in her room.  The fog and rain are washing over the yard filled with curled up brown leaves.  My puzzle is back to normal.  Every piece is in its proper place.

For Maria, Sofi, and Nate, though, there is no “back to normal.”  Over time, they’ll put a lot of pieces back in place and find new pieces that fit in here and there.  But their puzzle will never be complete.  It will never be the same. 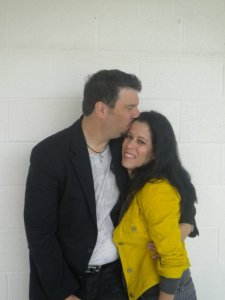 2 thoughts on “Snowflakes on a Red Leaf”